Airi is a character from the yuri manga Futakaku Kankei and the identical twin sister of Himari. Due to events in the manga, Asagiri ends up confessing to her, thinking she's her sister twin Himari. 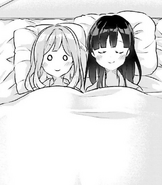 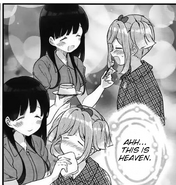 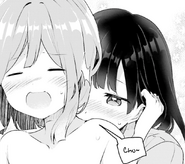 Add a photo to this gallery
Retrieved from "https://yuripedia.fandom.com/wiki/Airi_(Futakaku_Kankei)?oldid=26803"
Community content is available under CC-BY-SA unless otherwise noted.