Chiho Sakuranaga is the protagonist of the yuri manga Yuri Kome. A pretty and air-headed girl, self proclaimed straight, she was supposed to to take the entrance exam for Meibou academy, a coed school, but by mistake she took the exam for Meibou girls' high school. 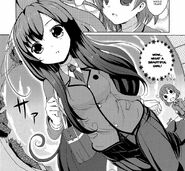 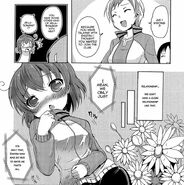 Add a photo to this gallery
Retrieved from "https://yuripedia.fandom.com/wiki/Chiho_Sakuranaga?oldid=31817"
Community content is available under CC-BY-SA unless otherwise noted.