Hī-chan is a side character in the yuri series Yuri Seijin Naoko-san. She attends Mariya all girls academy. Misuzu's best friend who appears to have a deranged crush on Misuzu and is also entranced with anything 'outer-space' related. 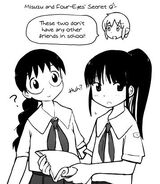 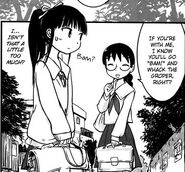 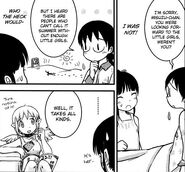 Add a photo to this gallery
Retrieved from "https://yuripedia.fandom.com/wiki/H%C4%AB-chan?oldid=32950"
Community content is available under CC-BY-SA unless otherwise noted.