Haruka Tenou is a supporting character in the series Bishoujo Senshi Sailor Moon.

the civilian identity of Sailor Uranus and one of the Outer Sailor Guardians meant to protect the Solar System from outside threats. As the Sailor Guardian of the Heavens, Haruka possesses abilities that affect the very air and winds around her. By feeling an uneasy breeze, she can defect supernatural activity and can even understand the wind itself. These abilities are heightened while in her Uranus persona. She's 180 cm tall. Her birthday is on January 27. 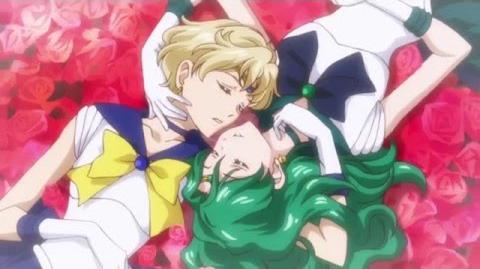 Add a photo to this gallery
Retrieved from "https://yuripedia.fandom.com/wiki/Haruka_Tenou?oldid=32855"
Community content is available under CC-BY-SA unless otherwise noted.