Hayato is the protagonist of the story Imprinting Coffee of Yuri Hime Collection. The blunt and bossy school council president who usually goes to the Earth science classroom to have a cup of coffee with Masaki sensei, the teacher who used to be her tutor years ago in several schools. She put three packets of sugar in her coffee cup because she can't handle the bitter taste of the coffee. She decided to be single for the rest of her life. 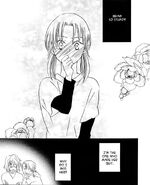 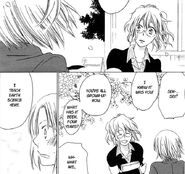 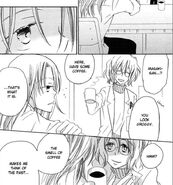 Add a photo to this gallery
Retrieved from "https://yuripedia.fandom.com/wiki/Hayato_(Imprinting_Coffee)?oldid=37765"
Community content is available under CC-BY-SA unless otherwise noted.