Hiyo Shishidou is a character in the yuri manga Shitsurakuen. A cheerful yet a fickle middle school student, with purple-colored eyes and silver blond hair, she wears a baret with a chick button on it. 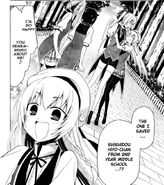 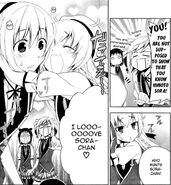 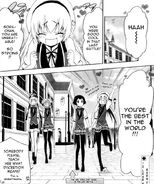 Add a photo to this gallery
Retrieved from "https://yuripedia.fandom.com/wiki/Hiyo_Shishidou?oldid=31988"
Community content is available under CC-BY-SA unless otherwise noted.