Ibuki Oribe is a main character in the yuri visual novel Lilycle Rainbow Stage!!!. Alice's optimist childhood friend who lives and works as a maid in the Kugayama household. She likes collecting cute things. She's always smiling, able to complete anything at will but can't handle scary things in general, like ghost stories, rollercoasters, and thunder. Another nickname she calls Alice by besides Milady is "Awe-chan," which she came up with when they were young. Alice would shy away upon hearing that name. 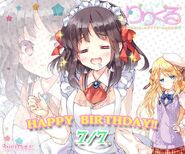 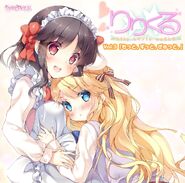 Add a photo to this gallery
Retrieved from "https://yuripedia.fandom.com/wiki/Ibuki_Oribe?oldid=34420"
Community content is available under CC-BY-SA unless otherwise noted.