Kaede is a protagonist in the story "I Want to Become Her" from the yuri manga Shoujo Bigaku. A girl who is a big fan of the fashion model Matsuri Haruna. She's living together with Matsuri because her parents went abroad for work and she had to stay here for school, she was sent to live with distant relatives, who turned out to be Matsuri's family. 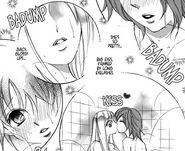 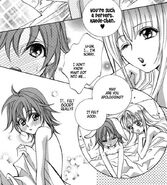 Add a photo to this gallery
Retrieved from "https://yuripedia.fandom.com/wiki/Kaede_(I_Want_to_Become_Her)?oldid=32028"
Community content is available under CC-BY-SA unless otherwise noted.