Kakuka Hōkō is a character in the series Koihime Musou. A woman seeking to become a strategist of Sōsō's forces, and is also romantically attracted to the warlord. Her unusually severe nosebleeds are comically seen as an offensive technique after she thwarts an assassination attempt on Sōsō by spraying the assassin in the face. She ends up becoming Sōsō's bodyguard instead, much to her chagrin. Later, her talent as strategist is realized by Sōsō. 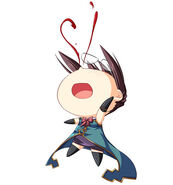 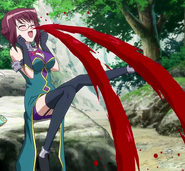 Add a photo to this gallery
Retrieved from "https://yuripedia.fandom.com/wiki/Kakuka_H%C5%8Dk%C5%8D_/_Rin?oldid=33011"
Community content is available under CC-BY-SA unless otherwise noted.