Kaoruko Moeta is a main character in series Comic Girls. A shy 4-koma manga artist who moved into the Bunhousha Dormitory to learn more about becoming a real artist. She also has a childlike personality which, in addition to her relatively small size, is often called and/or treated as middle-schooler. 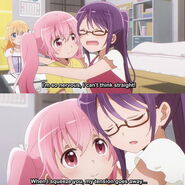 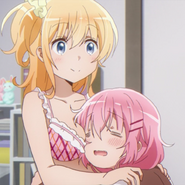 Add a photo to this gallery
Retrieved from "https://yuripedia.fandom.com/wiki/Kaoruko_Moeta?oldid=33037"
Community content is available under CC-BY-SA unless otherwise noted.