Konomi Fujiwara is one of the main characters in the yuri series Tachibanakan Triangle. The childhood friend of Hanabi, and who is secretly in love with her, she's short-tempered, dishonest and competitive girl. 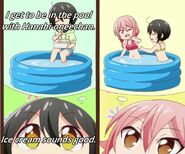 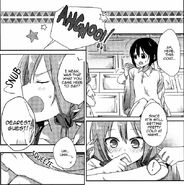 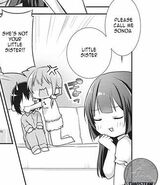 Add a photo to this gallery
Retrieved from "https://yuripedia.fandom.com/wiki/Konomi_Fujiwara?oldid=31586"
Community content is available under CC-BY-SA unless otherwise noted.