May Kurona is a supporting character in the yuri manga Gabriel DropOut. She's a mysterious and quiet demon who befriended Tapris the Angel after the later picked up her handkerchief. She's a puppeteer, having the ability to stick some seals on something she can manipulate, like sculptures of kittens. The reason she hide her eyes behind long bangs is because she have heterochromatic eyes. She's a misanthropic because she can't understand what humans are thinking, that's why she fears them. 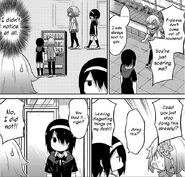 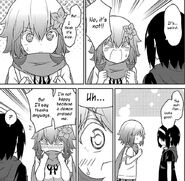 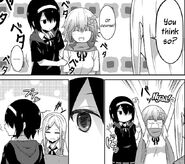