Mitsuko Sakai is a main character in the stories My Teddy Bear and Summer Delights of Yuri Hime Collection. A cool and beautiful Member of the Student Council, she's is secretly a bright and hyper girl who is crazy about teddy bears. 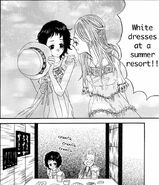 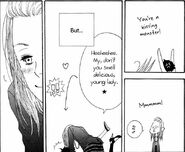 Add a photo to this gallery
Retrieved from "https://yuripedia.fandom.com/wiki/Mitsuko_Sakai?oldid=32294"
Community content is available under CC-BY-SA unless otherwise noted.