Mitsuko Yurizono is a character in the series Yurikuma Arashi.

The class representative of Kureha and Sumika's class, and also a member of the Invisible Storm. In reality, Mitsuko is a Yurikuma/Lily bear who's incredibly manipulative, 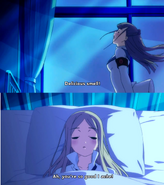 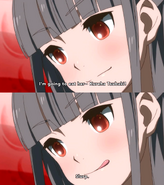 Add a photo to this gallery
Retrieved from "https://yuripedia.fandom.com/wiki/Mitsuko_Yurizono?oldid=35343"
Community content is available under CC-BY-SA unless otherwise noted.