Miyuki Kitajishi is a main character in the yuri manga Gamma. A part of human defence forces who supports heroes that protects the Earth in the age of aliens, monsters and other monsters, she and Yuri Kitajishi have an office for hero consultations, but they also help evacuation procedures during emergencies. Her birthday is on March 10.Her bust size is H cup. She likes Shiba dogs, her favorite food is corn portage, her favorite dessert is cheesecake. 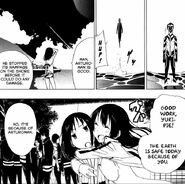 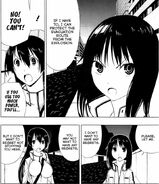 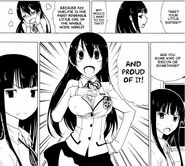 Add a photo to this gallery
Retrieved from "https://yuripedia.fandom.com/wiki/Miyuki_Kitajishi?oldid=32331"
Community content is available under CC-BY-SA unless otherwise noted.