Naoko-san is a main character in the series Aikatsu. A part of a species that's been watching over the evaluation of the Earth since ancient times. She's an alien who comes from the Planet Yuri and takes the place of Misuzu's sister. She appears to have an attraction to young girls. 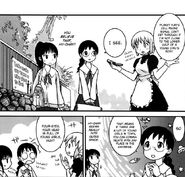 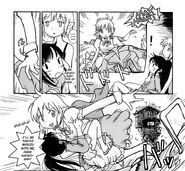 Add a photo to this gallery
Retrieved from "https://yuripedia.fandom.com/wiki/Naoko-san?oldid=33465"
Community content is available under CC-BY-SA unless otherwise noted.