Nina Alexandrovna is the main love interest of the anime Hina Logi. She likes fluffy things. She is a strong and experienced Logicalist that was sent to school because there was something she still needed to learn, later we get to know it was something along the lines of teamwork and socializing. Over there she meets the girl that changes her life Liones Yelistratova. 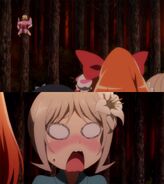 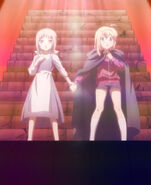 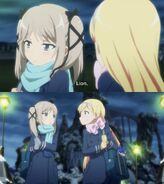 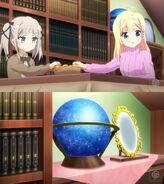 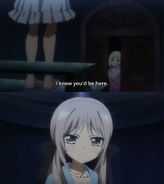 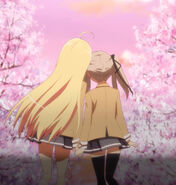 Add a photo to this gallery
Retrieved from "https://yuripedia.fandom.com/wiki/Nina_Alexandrovna?oldid=31560"
Community content is available under CC-BY-SA unless otherwise noted.