Rin Toyama is a main character in the series New Game!. She is an art director and head of the background department. She's very nice and considerate, often seen lending a hand to those who ran in some kind of trouble. She can be seen as the mother figure of the team. She's 158 cm tall. Her birthday is December 3. 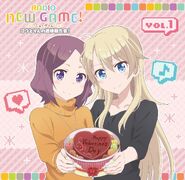 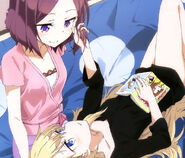 Add a photo to this gallery
Retrieved from "https://yuripedia.fandom.com/wiki/Rin_Toyama?oldid=34251"
Community content is available under CC-BY-SA unless otherwise noted.