Shinobu is the protagonist of the story We're Aiming For Love Now in Yuri Hime Collection. A responsible, mature and hardworking employer at Kichiya publishing company, her hobby is playing on the flute, she first met Lalah 12 years ago, when she was 13, and Lalah was 17. Rain can paralyzes her because it was associated with the incident her mother abandoned her. 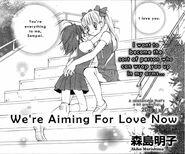 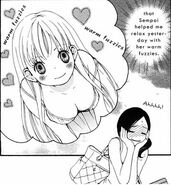 Add a photo to this gallery
Retrieved from "https://yuripedia.fandom.com/wiki/Shinobu_(We%27re_Aiming_For_Love_Now)?oldid=34677"
Community content is available under CC-BY-SA unless otherwise noted.