Suou Yoshiya is the protagonist of the yuri manga Gurenki Creo The Crimson Crisis. She have a dense and kind personality, she is Creo's Sheravy (a general term for a contracted human), and Creo's other half for storing her energy inside Suou's body. 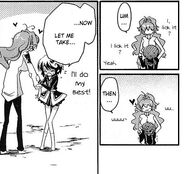 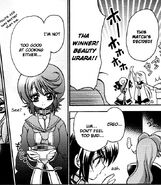 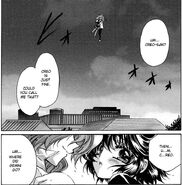 Add a photo to this gallery
Retrieved from "https://yuripedia.fandom.com/wiki/Suou_Yoshia?oldid=33795"
Community content is available under CC-BY-SA unless otherwise noted.