Umi Gotō is a protagonist in "Yuri Hime Collection". A short tempered and dishonest modern tsundere. for the first time she lives by herself in a new apartment, she's Tsubaki Toujou's classmate. 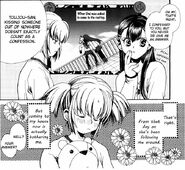 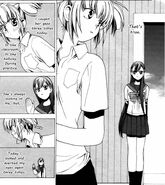 Add a photo to this gallery
Retrieved from "https://yuripedia.fandom.com/wiki/Umi_Got%C5%8D?oldid=33919"
Community content is available under CC-BY-SA unless otherwise noted.