Yūko Yoshikawa is a main character in the series Hibike! Euphonium. A nice, friendly and cheerful person. She is shown to have good self-confident, high determination, and strong personality. She can openly and confidently show others what she is thinking through her action, her facial expression and her words. 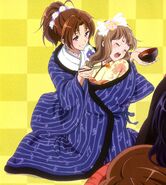 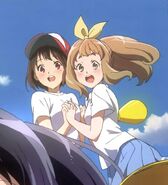 Add a photo to this gallery
Retrieved from "https://yuripedia.fandom.com/wiki/Y%C5%ABko_Yoshikawa?oldid=34096"
Community content is available under CC-BY-SA unless otherwise noted.