Yuzuko Nonohara is one the main characters on both the manga and anime Yuyushiki. A genki and smart girl, who often comes up with crazy ideas to try and have fun. She's the summary writer of the Data Processing Club. 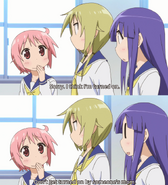 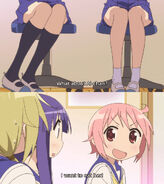 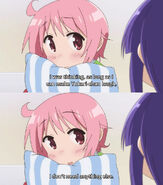 Add a photo to this gallery
Retrieved from "https://yuripedia.fandom.com/wiki/Yuzuko_Nonohara?oldid=30738"
Community content is available under CC-BY-SA unless otherwise noted.