Zakuro Fujiwara is a main character in the non-yuri series Tokyo Mew Mew. A famous model and actress. She can speak many languages and is idolized by many young girls, including Corina. Zakuro went to a prestigious school and was fully educated (she speaks English, Spanish, French, German, Chinese and Japanese in Tokyo Mew Mew). She visits the church at times when she is confused or anxious. Her birthday is September 6. 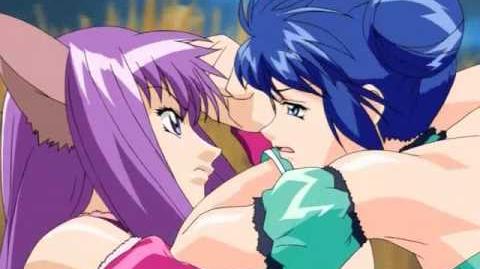 Add a photo to this gallery
Retrieved from "https://yuripedia.fandom.com/wiki/Zakuro_Fujiwara?oldid=34109"
Community content is available under CC-BY-SA unless otherwise noted.